March is Ovarian Cancer Awareness month. In the Surrey and Sussex areas, women are being diagnosed at a much later stage of ovarian cancer compared with national figures. This late-stage diagnosis reduces their chances of survival. 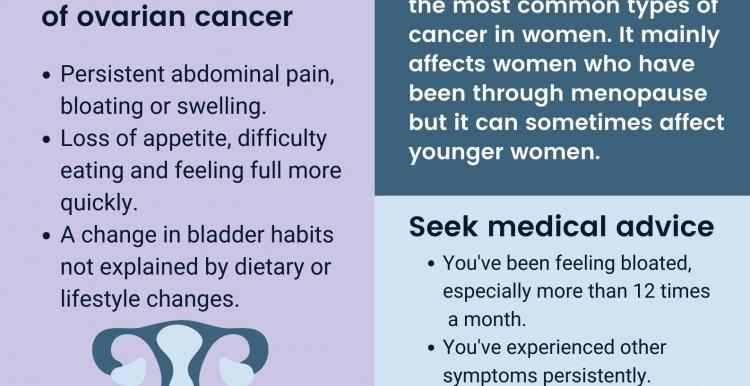 According to the SSCA, women across Surrey and Sussex are being diagnosed at a much later stage of ovarian cancer compared with national figures.   This late-stage diagnosis reduces their chances of survival.

Do you know the symptoms of ovarian cancer? Knowing the symptoms and spotting them early can save your life.  If you’re experiencing these symptoms, don't hesitate to contact your GP.

The key symptoms of ovarian cancer are:

•      Pelvic or abdominal pain over a period of time

To coincide with Ovarian Cancer Awareness month this March, a new poster highlighting the key symptoms has been produced by GRACE, a gynaecological cancer charity which supports women across Surrey and Sussex.

Horsham resident Sylvie Allsop, 53, thought her tummy troubles were due to IBS and attributed her sporadic groin and pelvic pain to the onset of the menopause.

“I was having indigestion, constipation and a rumbling tummy after eating and thought that could be IBS. I was also having pain in my groin and pelvis and going to the loo a lot which I put down to the menopause as I was getting to that age,” says the mother of two grown-up sons. “I tried eating different types of food to see if it would get better but it didn’t. I researched the symptoms and thought maybe it is ovarian cancer but I didn’t want to believe it as I thought I was relatively young to have that.”

She went to her GP several weeks after she first started having problems and was later diagnosed with ovarian cancer. Sylvie is now in remission following a hysterectomy in August 2019 at East Surrey Hospital and chemotherapy treatment at St Luke’s Cancer Centre in Guildford.

Looking for information about health and care?

Find advice and information to help you stay well and make decisions about your health and social care support.

COVID and Cancer - support and advice
Resources for patients, their family and friends who are affected by cancer.
26 January 2021
Advice and Information 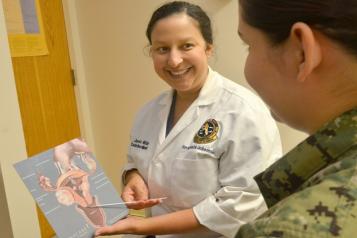 Don’t let embarrassment prevent you having your cervical screening
Every day 9 women in the UK are diagnosed with cervical cancer and 3 women will lose their lives to the disease.
12 June 2017
News 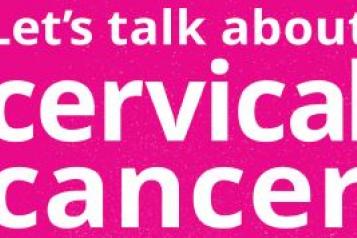 Cervical Cancer
This month is a Cervical Cancer campaign raising awareness about the importance of early detection of Cervical cancer and encouraging women to have a test.
25 January 2021
Advice and Information